You can now launch scientific or commercial
payloads to the stratosphere for a reduced cost.
The combination of several payloads into one
single flight offers the possibility to reduce the
price to a level that can be easily accessible by
various organisations and companies.

CREATING THE NEXT STEPS IN SPACE EXPLORATION

CREATING THE NEXT STEPS IN SPACE EXPLORATION

Nearly 50 years after the end of the Apollo program, space agencies around the world are again considering manned flights to the Moon, Mars and asteroids. Involved in the Hermes European Space Shuttle program until it was abandoned in 1992, Comex could not ignore this renewed interest in space exploration. It is already a partner in two projects for the development of space habitats and training of astronauts at extra-vehicular exits (EVA), on submarine sites in the harbor of Marseille. Both programs are supported by the European Commission.

The objective of the RegoLight project is to develop existing 3D printing technologies and methodologies to “sinter” and “shape” lunar regolith (layer of dust, earth and broken rocks on the Moon’s surface) using the sun as an infinite source of energy; in order to make building elements for future lunar missions …

The International Space Station (ISS) is approaching the end of its mission. The European Space Agency and its international partners are considering new targets for the future of human space exploration in the post-ISS era. First on the list of potential targets is a return to the Moon

• “Shee”, which stands for Self Deployable Habitat for Extreme Environments, began in January 2013. Building on its breakthrough in hyperbaric technology as well as its know-how in robotics in extreme environments, Comex, together with European partners, is developing a prototype of deployable lunar habitat for a team of two people and its system “support life”.

• The second space program, “Moonwalk”, launched in September 2013, aims to develop a simulation infrastructure for extra-vehicular activities on the seabed. The immersion makes it possible to reproduce the lunar microgravity and to evolve in an environment similar to that of the Moon, Mars or an asteroid, in terms of morphological and geological profile of the seabed. Astronauts train in conditions that are very close to reality.

• Study for the European Space Agency (ESA) on the development of a test facility, similar type, dedicated to future robotic and human missions on the Moon. The LUNA study led to the concept of a laboratory for the European Astronaut Center (EAC) in Cologne, Germany. Lunar analogues are a real experimental support to support the development and validation of new technologies and operational concepts.

• The DexROV project brings together seven different European organizations to develop a solution for remote remote operation of a ROV by a control center. The project is inspired by space technologies: today we manage to control a robot on the surface of Mars with an important communication delay. The goal is to allow operations performed by a ROV piloted by a team on the ground and increase the safety and dexterity of the operations. 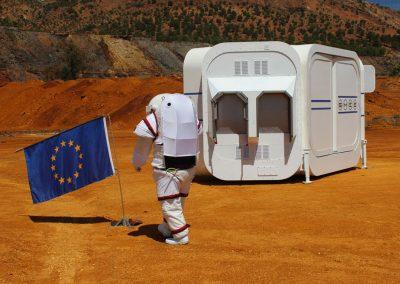 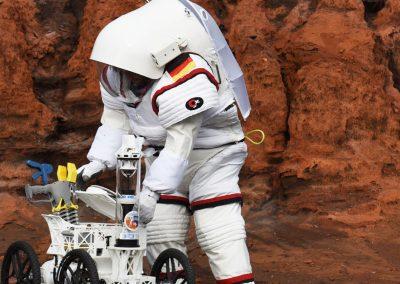 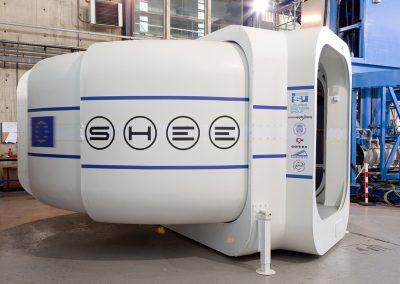 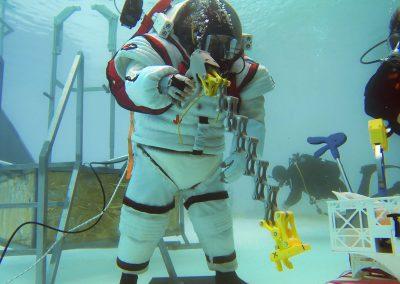 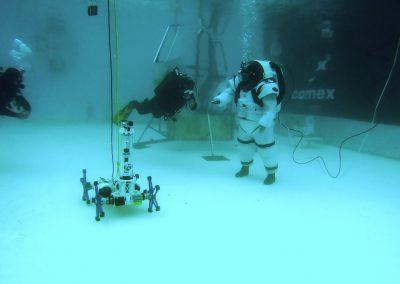 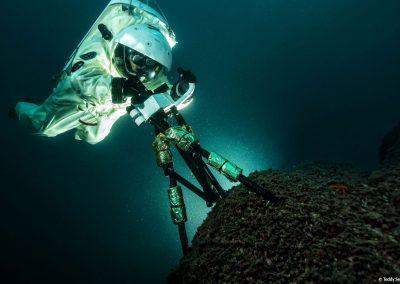 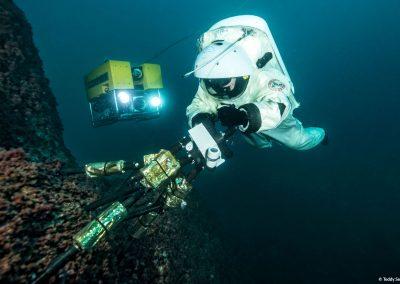 APOLLO XI UNDER THE SEA

• To demonstrate the relevance of this method, Comex launched the “Apollo XI under the sea” operation in September 2013. European astronaut Jean-François Clervoy and European Space Agency (ESA) astronaut training officer Hervé Stevenin have slipped into the roles of Neil Armstrong and Buzz Aldrin to replay at the bottom of the sea, 44 years later, the legendary first lunar mission. For this historic remake, Comex had deployed his Gandolfi training suit, set to simulate one-sixth of Earth’s gravity. For more realism, the team used Apollo era model kits throughout the operation.

The experience feedback of Jean-François Clervoy, who participated in three space missions, was essential to validate the realism of the simulations of “Apollo XI under the sea” in relation to missions in space.

The page you requested could not be found. Try refining your search, or use the navigation above to locate the post.

You have Successfully Subscribed!