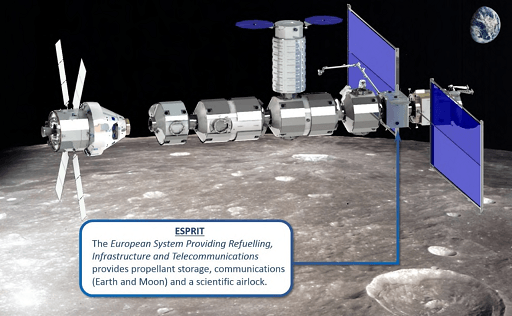 October 24th 2018, COMEX and AIRBUS signed a cooperation agreement to develop ESPRIT, one of the European modules of the GATEWAY, the future lunar space station.

The GATEWAY is the first step of human space exploration after the era of the International Space Station. It will be a basis for missions to the lunar surface by robotic vehicles and astronauts. Its assembly in lunar orbit is scheduled to start in 2023.

The GATEWAY is a planned lunar-orbit space station that will have a power and propulsion system, utilization and crew habitation modules with docking capability, scientific and extra-vehicular activity airlocks, and logistics modules. The development is led by the current International Space Station partnership: NASA, ESA, ROSCOSMOS, JAXA and CSA, for launch to the Moon in the 2020s.

AIRBUS is leading as prime one of the two parallel Phase A/B1 studies for the development of the ESPRIT module (European System Providing Refueling, Infrastructure and Telecommunications), in cooperation with COMEX S.A., Marseille and other European Partners. ESPRIT is a system, planned to be launched with the first Utilization Module (an US supplied pressurized module). It includes propellant (Xenon and Hydrazine) storage and refueling systems for the Power Propulsion Element (the first US element of the Gateway), communication systems with the Lunar base, interface points for external payloads and a scientific airlock.

COMEX joins AIRBUS in the development of this space module, by bringing in its engineering expertise and testing capabilities. The Marseille based company was a pioneer in the development of subsea systems and professional diving. Since 2012, COMEX has been actively involved in human space flight activity and stratospheric platforms. 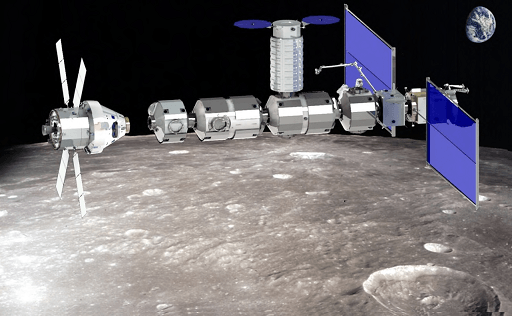 Figure 1: 3D model of the mockup satellite generated by CX3D / Figure 2: Red arrow points CX3D system ability to detect and measure the damage areas in the satellite (in this case small impact holes) Space debris is of growing concern to the global space community....
Lire Plus

COMEX ORUS3D photogrammetry to survey polymetallic nodules on the seabed

The Marseille-based company COMEX performed last week pool trials with their 3D photogrammetry system “ORUS3D” to survey and cartography polymetallic nodules in the deep sea. Such metallic concretions, mainly composed of manganese, copper, nickel and cobalt, could be...
Lire Plus

On Friday, November 16 2018, Comex Hyperbaric and Hypobaric Test Center hosted a delegation of students and instructors of EPNER (School of flight test and reception staff) for an hypoxia risk awareness session.

ORUS 3D expands its range with the MOD300

COMEX strikes again with a miniature ORUS 3D. After the 1000, 3000 and 6000m models, here comes the MOD300 !With the 3000m ORUS 3D subsea photogrammetry system operating around the world since 2017, COMEX managed to touch a large part of the subsea world. Involved in...
Lire Plus

You have Successfully Subscribed!